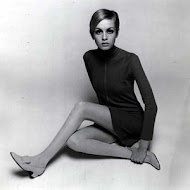 Rollin' and Tumblin' - Elmore James | Steppin’ out - Cream
Have Love Will Travel -The Sonics | Stroll On - The Yardbirds
You Can’t Tame Me - The Benders | You Can't Judge A Book By It's Cover - Bo Diddley | Psychotic Reaction - The Count Five
Boom Boom - John Lee Hooker | Can't Explain - The Who
All Day And All Of The Night - The Kinks | Roots Room Theme Song - The Roots Room | Hong Kong, Mississippi - Henry Henry
I Can't Wait 'till Friday Comes - The Hard Times | Making Time - Creation | Louie Louie - The Sonics | Lookin' At You - MC5
Whoa Now - The Milkshakes | I Need You - The Zachary Thaks | Shakin All Over - The Guess Who | Some Other Guy - The Beatles 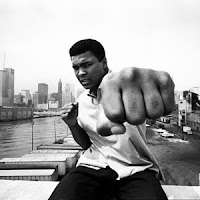 The Savannah rock trio known as Cusses is generating a buzz for themselves the old fashioned way, without the assistance of a major label. Although it is fairly common nowadays for independent bands to rely solely on internet promotion and live performance, Cusses has managed to get their videos picked up by MTV.com. The video for “Don’t Give In” was added to rotation in January.


Their approach to music is strictly old-school. “We wanted a rock ’n’ roll record in the vein of yesteryear rock. No Bells And Whistles, just what you see is what you get,” says drummer Brian Lackey, who attended Savannah College of Art & Design in 1992 and moved back four years ago to join his old band mate Bryan Harder. “Lots of bands today are playing to click tracks and backing tracks. We wanted to make a yesteryear girl-fronted easy-play album. Not one song rules the whole record. Every song complements each other.” As a result, their self-titled debut has drawn comparisons to the Yeah Yeah Yeahs and the ‘80s era sound of Pat Benatar and Siouxsie & the Banshees.
The Cusses have created their own unique sound. Although heavy and emotional, it contains catchy hooks that still maintain the band’s depth of character. “When we were writing, we purposely didn’t listen to anybody else. We didn’t want it to influence our sound. Hopefully, we were writing really true to what we felt or grew up with, instead of what was present on today’s radio,” says Vocalist Angel Bond, who was at first apprehensive about joining her boyfriend (Lackey) and his band. “I fought it, but it clicked. We came up with like eight songs in 30 minutes.” Lackey and Harder, who played together in local bands while attending college, work so quickly they decided not to even add a bass player. “We tried it with a bass player and it didn’t work fast at all. We love to crank it out as fast as possible,” said Lackey. “We have a switch with a signal generator that lowers the signal of the guitar, so it mimics the bass sound. Bryan is pretty much a scientist when it comes to that stuff.” Lackey credits this innovation for the band’s sound. “(It) has a huge influence on the sound. He’s a melody maker. Then Angel has this melody over top that kind of changes it,” Lackey says.

All three band members contribute to each other’s parts, which Lackey says gives its material the stamp of the entire band, not just one primary writer and arranger. “I get to hear a lyric that I came up with that Angel sings, or Bryan hears a drumbeat he wants in one part,” he says.


You can check out the video for “Don’t Give In” here https://youtube.com/watch?v=TSK_cfUFBIs
Directed by Joe Page, Angel Bond, Brian lackey


You can buy their music on their website http://cussesmusic.com
Copyright HA! Records, Cusses Music llc 2012

A bit of the “old style” with a modern edge best describes the Monophonics, a six piece psychedelic soul and funk band that are among some of the best on the scene today. Psychedelic Soul, sometimes called “Black Rock”, is a sub-genre of Soul music, which mixes some characteristics of Soul with Psychedelic Rock.
The genre exploded onto the scene in the late 1960s and continued into the 1970s, playing a major role in the development of both Soul and Funk music. The Monophonics formed in 2005, originally as an instrumental ensemble comprised of guitarist Ian McDonald, bassist Myles O’Mahony, saxophonist Alex Baky, trumpeter Ryan Scott and drummer Austin Bohlman. Now with the addition of dynamic soul vocals from keyboardist Kelly Finnigan, the result is a psychedelic soul & heavy funk sound, and a throwback to the late 60’s and early 70’s, while maintaining a present day alt-rock appeal.

After seriously laying it down at JazzFest in New Orleans, they went on to rock late night sets all over town, earing themselves a spot at a few other major festivals this summer. A brisk touring schedule has brought their signature hard-hitting live set to over 400 dates from California to Motown and down to Louisiana; establishing themselves at the legendary New Orleans Jazz Festival. The band has also played some of the major music festivals on the west coast including High Sierra, Joshua Tree, Blacksheep Family Reunion and Las Tortugas. The band has recently signed with top booking agency Intrepid Artists International which has helped them book big festivals like Wakarusa in Arkansas and the Portland Waterfront Blues Fest in Oregon.

The latest record release from the Monophonics entitled “In Your Brain” on the legendary label Ubiquity Records pays homage to innovators of psychedelic soul such as Sly Stone, Norman Whitfield and Parlament/Funkedelic creator George Clinton. Check out their featured instrumental track “Bang Bang” on their website http://monophonics.com.

The Monophonics have staked their claim as one of California’s premier bands and have created a national buzz along with a hardcore local following. For any additional information, please visit their website.

All major world conflicts have been preceded by the same two events: An embargo/sanction(s) - and a fake cataclysm (false flag attack).
//disable right click menu