The Origins of Slang - Idioms & Figures of Speech 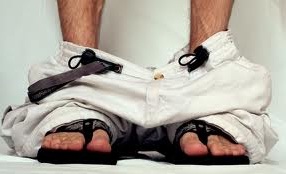 The Origins of Slang - Idioms & Figures of Speech

Caught with your pants down
This is literally what it sounds like. Being caught with your britches down originated during the Seven Year’s War (or the French and Indian war in the US). British soldiers of that era (and their colonial counterparts) fought in the old European style of traditional gentleman. They basically lined up and marched into live fire; whereas the French who were fighting alongside the Native Americans adopted their methods of using obstacles as barricades, hiding behind trees and rocks, firing while lying flat, etc. Columns of British soldiers who were on a march rarely had time to make camp, which included digging latrines. When they came to a halt and had to relieve themselves, they just went in the woods and left a dump wherever they squatted. The problem was, many of them would need to go simultaneously and they would spread themselves out. From an enemy’s point of view, this is the perfect time to attack.
Hence the term, caught with your pants down.
Rule of thumb
Like many popular phrases, this phrase has dual origins; or at least a very old origin that evolved into a more garish use. In most of ancient Europe the phrase rule of thumb as applied to architects, artists, scientists and inventors was in reference to using the width of their thumb (approximately 1 inch, at the knuckle) as a rough guideline for sketching and/or measurement. Later, in the pre-revolutionary North American colonies it represented a legal statute which stated that it was acceptable to beat your wife, children and salves (if any) provided that the stick was no wider that your thumb. (After independence from Britain, however, American slave-owners could legally beat slaves with anything to any degree - even to death, with no repercussions whatsoever, as they were considered property instead of persons)

When in Rome
This phrase is also literal. St. Augustine upon arrival in Milan consulted St. Ambrose for advice on how to respond to the regional Church customs. St. Ambrose replied "When I am at Rome, I fast on a Saturday; when I am at Milan, I do not. Follow the custom of the Church where you are." Januarius, who was Bishop of Naples around 390AD and later canonized as a martyr saint, received what was known as the St. Augustine Letters. Volume I, Letter 54 contains the original text, translated as: “When I go to Rome, I fast on Saturday, but here (in Milan) I do not. Do also follow the custom of whatever church you attend, if you do not want to give or receive scandal.” Eventually this advice became "When in Rome, do as the Romans do."

Sold down the river
This expression is also literal and comes from the 19th century US slave trade. Basically it means “to jack somebody up” as an act of betrayal, especially if that person is seen as a troublemaker. Although slavery was a harsh and inhuman condition in every state, the southern delta states such as Mississippi saw the majority of cruelty and inhumanity. Some slaves in that region were routinely whipped and tortured as a daily or weekly regimen, sometimes even for sport or spectacle. In the mid-south and the Border States slaves who were rebellious or caused trouble for their owners were “sold down the river”, typically for little or no profit, as punishment and mostly as an example for the slaves who remained to obey and submit unquestionably.

Kick the bucket
This phrase also has dual origins, but mostly because the accepted western origin is considered taboo. This is an accepted colloquialism for death. The old European origin is that of a truss or beam called a “bucket” which pigs would be hung on upside down for slaughter, there by kicking the bucket was the pig flailing around in its death throes. The more plausible origin in my opinion is when hanging someone, or themselves, a person would stand on a bucket with their head in a noose and they – or someone else would literally “kick the bucket” from underneath leaving them to hang. Keep in mind, buckets used to be much larger than most of the pails we use today. Even so, it was probably a ghastly demise. The object of ceremonial hanging is to break the neck, not to strangulate, unless part of your object is to also torture.
Pushing the envelope/Beyond the Pale
This phrase originated in a technical engineering context but it was popularized by test pilots following WWII. First used by mathematicians, it referred to a set of points whose location is determined by one or more specified conditions and the ultimate intersection of consecutive curves. In relation, the “flight envelope” covers all probable conditions of symmetrical maneuvering flight. Pushing the envelope was basically pushing the known limits. As in mathematics, staying inside the envelope was relatively safe.
Very similarly, the “pale” is a steak of wood driven (or impaled) into the ground on connected to railings called a “paling” fence, also known as “the pale”. Staying inside the pale was safe while venturing beyond it was considered dangerous.

Balls to the wall/Balls out
This phrase was first used by fighter pilots. When accelerating quickly, the throttle is pushed all the way to the panel and the throttle lever (the ball) actually touches the panel (the wall). Hence, "balls to the wall".
"Balls out" refers to the governor on a steam engine. Two heavy balls are attached to the engine. As engine speed increases, the centrifugal force of the flywheel causes the balls to rise. As the balls top out, they govern (or limit) the engine, thereby controlling maximum engine speed. Balls out refers to running the engine at maximum speed.

The writings’ on the wall
This phrase comes from the bible. It refers to Daniel Chapter 5 in which King Belshazzar and his “droogs” threw a party and drank from sacred vessels (or cups) which his predecessor Nebuchadnezzar had stolen from the Temple of Solomon in Jerusalem. During the party a disembodied hand magically appeared and began writing an inscription on the wall of the palace. No one at the party could decipher it. Daniel, an exiled Israelite was summoned to translate. The inscriptions were Aramaic terms for weight, measurement and currency; “To count, to weigh and to divide.” Daniel basically said to him, “God says your days are numbered, you can’t pull your weight and he’s going to divide your kingdom up and give it away.” That night, Belshazzar was killed and his kingdom was eventually divided between the Medes and Persians.
Screwed the pooch
The phrase screw the pooch means to “F something up” or commit an error of some kind. It’s originally a euphemism for tedium from US military slang during WWI. The original expression was “F the dog” and it meant to waste time or loaf on the job. That really doesn’t make sense to me, because “F-ing” a dog does not seem synonymous with boredom at all. It seems like something someone would put a lot of effort and energy into. Not to mention convincing a dog to go for it. I suppose peanut butter would be involved in some way. In any case, over the decades, the phrase was modified to the more cordial “screwing the pooch” which still conveys the original idea.

Eat your heart out
Ancient civilizations believed that envy and excessive regret or pining were bad for the heart. They believed that these feelings literally drained blood from that organ and would “eat away” at it. That’s why we refer to the grief-stricken as broken-hearted.  Eating your heart out used to mean that you were generally feeling sorrow. Modern society has popularized this phrase as something one says to others to intentionally make them jealous of their achievement, status or accomplishments.

Put the Kibosh on you
The word "kibosh" comes from the Gaelic phrase "cie bais," pronounced "kie-bosh," which translates as “cap of death”. This is in reference to both the black skullcap worn by a judge sentencing someone to be executed and the black hood draped over the condemned person’s head before hanging or worn as a mask by the executioner.  The Kibosh represents something being stopped or coming to an end. So as a result, I’m putting the kibosh on this blog post.

Goodnight everybody! Now get off my property before I mess around and call the law.