The Origins of Slang - Northern European or "caucasian" 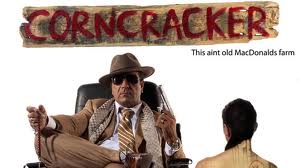 Technically, race is just a human construct. The sooner you understand that, the better. The following slang terms refer to "american" white folks. (This article is for education and information purposes.)
"Honky"
The slang term honky was derived from “hunky” which is short for “Bo-Hunk”; someone who was of Bohemian/Hungarian descent. As in most places in the world, a subtle difference in pronunciation was misheard and therefore caused the term itself to evolve. (I.e. just as someone from South Carolina may pronounce Barry Bonds as “Barry Bunds”) Bo-Hunks or Hunky’s were primarily migratory unskilled or semi-skilled laborers. Their general isolation allowed them to preserve some aspects of their native European Culture. In the years following the civil war they lead the westward expansion in search of more stable and permanent work opportunities and a homestead. The term “honky-tonk” was another name for “juke-joint”, an adult saloon or speakeasy in which a crude type of piano called a “tonk” was played in a rhythmic percussive style.

"Cracker"
Contrary to popular belief and opinion, this origin is actually quite simple. Cracker is short for “Corn-Cracker” or Cornhusker. (i.e. Jimmy Crack Corn, Crackin’ Good Winn Dixie brand, etc.) It was a term given to day laborers by the more aristocratic Anglo-Caucasian gentry in the 19th century.  It was not used in a pejorative sense until large cities began to emerge west of the Rockies in which working class Caucasians had to compete with other ethnicities to get work. In addition, the term was most utilized by Negroes in the Northern Midwest who emigrated there after WWI in large numbers to escape the Jim Crow laws of the south.

"Ofay"
This one is very interesting. For some reason, all the dictionaries list it as a derogatory term for a white person, but no one seems to know why. I agree with some scholars that the word has African origin, but I don’t think it means simply “white” (even if it did, that in itself is not derogatory at all. It’s a literal description.)
It could have evolved from the African word “Afia” which means light colored, but I think it’s deeper than that. At the turn of the century the word was being used as the flip-side of minstrel blackface – in other words some black minstrels would generally put on white makeup to perform. In that sense I think the word would not only allude to Caucasians, but also a sort of parody of them as well.

"Peckerwood"
This term was conceived entirely by wealthy and upper middle class Caucasians, especially those who considered themselves “the new gentry” to describe low-income working class whites. Ironically it was most commonly used toward former neighbors or distant relatives, as they were often seen as a negative reflection on middle class whites, just as the term “white trash” is used today. The term is a play on words derived from the woodpecker bird, which was seen as unnecessarily annoying. The word is also sometimes shortened to “wood” when used in reference to a gang members or in the prison system.

"Redneck"
This one is something I like to call a “linguistic anomaly”. I disagree with most historians’ acceptance of the 20th century disambiguation that it was simply another term for poor whites, generally farmers. In my opinion, when the original definition of a term no longer meets the criteria according to the majority, the majority simply changes the definition to something else entirely. Originally in Scotland the “Covenanters” wore red scarves and neckerchiefs in defiance of the rule by the bishops. They were called “rednecks” by the Scottish aristocracy. Many covenanters settled in the Southern US and were eventually called Presbyterians. The areas they settled were predominantly agricultural. This was the basis for the redneck/farmer correlation.

"HillBilly"
This one is fairly simple yet very interesting. Lowland Scots, known as Ulster Scots were Protestants who later became known as Scotch-Irish. Two old Scottish phrases were combined in “hill-folk or hill-fellow” and “billie” another word for fellow or “bloke”. In fact, the original spelling was “hill-billie” sometimes used without the hyphen. Even today, it is not always used derogatorily. Many local festivals and awards are given in association with the word Hillbilly.

"Okie"
This is the name given by White (and sometimes Jewish) Californian industrialists to the pre-WWII west-coast emigrants to from Oklahoma and Arkansas, who were mostly poor white farmers. The largest emigration took place during the great depression and the "dust bowl". However, between 1907 and 1917 many “okies” of Scotch-Irish descent came west to organize in labor unions and eventually in the 1930’s they were instrumental in creating socialist political parties. This reason more than any other drew a high level of contempt from wealthy Californian whites.

There are other slang terms I left out of this article, such as hick, hayseed, bumpkin and yokel; which all generally refer to rural folk, usually farmers and generally poor, but not to one ethnicity in particular. In addition, all of the above terms are from post-colonial north america. Prior to that, all indigenous equatorial people of color simply referred to Europeans as "white" descriptively; "nyeupe" or "kook" short for "miguk" etc.
I also left out the definition for tin-weasel, because most people don't even know what that is.
Goodnight everybody. Drive home in reverse.