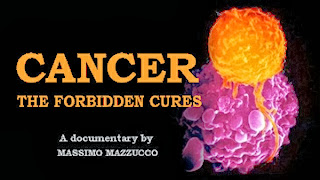 
20,000 people die of cancer every day. That's 8,000,000 deaths every year including 500,000 Americans. At the turn of the 20th century, 1 person out of 20 got cancer. In the 1940's, it was 1 out of 16. In the 1970's it was 1 out of every 10. Today, 1 out of every 3 people gets cancer. 1 million Americans are diagnosed with cancer every year. Each patent then feeds into a "system" which employs hundreds of thousands of people and generates billions of dollars for the medical and pharmaceutical industries. The so-called cancer "treatment" apparatus is so large and expensive that it requires new patients on a continual basis so that it won't collapse. Simply put, Cancer is big business. Cancer is one of the biggest businesses on earth.

The average cancer patent spends at least 50,000 dollars on "treatment". With a million new cancer patients every year, that equals 50 BILLION dollars annually spent on cancer treatment. Yet, somehow to modern physicians, cancer still remains somewhat a mystery. Do you really believe that? Modern medicine is telling you that they are no closer to a cure now than they were a hundred years ago. Do you believe that as well? Think of all the other technological advances in the last century; the airplane, the telephone, the radio, the automobile, telephones, TV, microchips, etc. - in other words, think about life in 1917 compared to today. Despite all the campaigns, races, walks, concerts, rallies, fundraisers, benefits, awareness campaigns, philanthropy and all other supposed resources people throw money into, modern medicine is telling you that your only treatment options besides surgery are radiation and chemicals, both of which are more deadly and cause more damage than the cancer. (They are also carcinogenic in and of themselves).

Why does that sound reasonable to you? Do you believe it because you want to believe it? They claim that the so-called "cause" of cancer is the molecular theory, but that has never even been proven scientifically. That's why it's still a theory - not a law. They claim to have made major advances in cancer research, yet of their own admission, they still do not even fully understand the mechanisms that trigger malignant cell growth. How can that sound right to anyone? So let's get this straight, in 1900 with primitive medicine your odds were 1 in 20 of getting cancer but now with fantastic modern medicine your odds are only 1 in 3. So not only are they no closer to a cure - our natural preventative mechanism has almost completely disappeared. The average survival rate after diagnosis has dropped as well, which means that more people are dying from treatment as much as the actual disease. The reality is, all the money you donate goes directly to the corporations who control the medical and pharmaceutical industry. They have no interest in curing anything that feeds the machine.

This machine is strikingly similar to the monetary system. Our economic system is built on debt and interest - not currency. If everyone paid off all their debt, the system would collapse. Our "healthcare" system is built on treatment and synthetic drugs - not cures. If everyone was cured, or had access to a cure, the medical establishment would also collapse. It's that simple. Almost all major scientific studies has shown that chemotherapy drugs help - at best - 5% of all cancer patients, yet the healthcare industry is unwilling to explore any alternatives. It's because they can't, even if they wanted to. (But of course they don't want to. That's the point.) At the turn of the century when the corporate banking and industrial tycoon cartel (Morgan, Warburg, Rockefeller, Rothschild, Brown, Harriman, etc.) overthrew the empirical or homeopathic medical establishment in favor of the highly profitable and more deadly allopathic medical system and formed the AMA, everyone should have known this situation would eventually develop. It was only a matter of time.

We have reached the point of no return. Humans have turned their backs on Natural law. They have turned their backs to safe, effective natural remedies in favor of deadly, unproven, ineffective and unnecessary treatment because they are afraid not to. I number among about 5 people whom I know personally who are not on some type of prescription medication - and I know a lot of people. That is important because like everything else in the universe, our personal condition is completely relative to our environment and our description of it is completely contextual. You either have symbiosis with your environment or you don't. You're either going with the universe or against it. Either way, you are where the universe wants you to be, and the universe always gets what it wants. However, it's up to you to decide how to deal with it. You control the way you exist on this plane of being; in sickness or health, life or death, freedom or slavery.

Do your own research. Create your own mindset. Use your common sense. For additional information view the following video http://youtu.be/gWLrfNJICeM
Wars are not meant to be won, they're meant to be continual. Wars are essentially a lie.
The societal systems of control need otherwise curable diseases to be a static, continuous part of the human condition in order to maintain that control. It's up to you to break free.