The Godfather - On the Edge of an Era

The Godfather: On the Edge of an Era
A revisionist critique of Mario Puzo's book and the resulting film directed by Frank Coppola
by Skip Pulley
[citations in brackets]

It's Spring TV movie season again, so undoubtedly there will be weekend movie marathons of critically-acclaimed modern American film classics. Among them, the seminal neo-noir portrait of a family in the midst of continual and existential ebb and flow of American dreams as well as American nightmares.

Mario Puzo’s best selling novel the Godfather became a stunning success in the wake of America’s renewed fascination with crime drama during the late 1960’s. The popularity of that type of fiction was significant in that era as a means of escaping larger social issues projected in mainstream media, such as civil unrest and political turmoil. The book depicted classic characters in a classic literary style similar to that of pre-WWII literary fiction in that there was a hero, however ambiguous, a clearly defined villain and a set of identifiable circumstances that made the outcome of the story uncertain. The film based on the novel however, directed by Francis Ford Coppola ushered in a brand new age of cinematic style. In both comparison and contrast to the book it marked the beginning of a new kind of filmmaking, presenting classic literary characters and traditional storylines in a contemporary context. 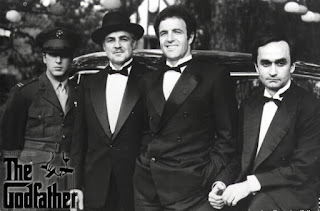 The story of the Godfather is that of a post WWII Italian family in a generational saga of morality, survival, social-political economics and assimilation into American society. The concept of the classic stereotypical “mafia” family is revisited with a degree of reverence, old world charm and mystique that is essential to the appeal. [Coppola] The term “mafia” is actually an acronym, made up of the first letters of the surnames of the five families who formed an organization called the Cosa Nostra. [Puzo 1]

In reading the book and watching the film, they have many obvious similarities. For instance, the time period of the late 1940’s and the overall dark subject-matter are both depicted in the same style. The cultural enlightenment and/or culture shock, the reflection of a changing society and the importance of a system of values are also similarly represented. There are also differences. Some of the character depth is more apparent in the film. The character or Michael, played by Al Pacino in the film comes across as having many complex sides to his personality. In the book he is more of an evolving creature of necessity and a survivalist. Near the beginning of the story, there is an episode that occurs in the bedroom of a wealthy and powerful Hollywood producer, a character named “Woltz”, in which his prized one-half million dollar racehorse has been decapitated and the head placed in the same bed with him. [Puzo 1] The now famous scene from the movie differs slightly due to the interpretation of the director. In the book, the horse’s head is directly in front of Woltz as he wakes up to the sensation of warm animal blood on his skin. In the film, the suspense is built up by having Woltz uncover blood-soaked bedding to reveal the horses head lying at the foot of the bed. [Coppola]

The overall comparison appears to highlight the similarities between the author of the book and the director of the film. Mario Puzo, author of the book and Francis Ford Coppola, director of the film came from similar ethnic Italian backgrounds in similar circumstances. Although they were both working in the industry they were technically at opposite ends of the professional spectrum, Coppola being new to film and Puzo being a relatively experienced novelist, yet they were able to unite under ideal conditions. Puzo was encouraged by his publisher to sell the rights to the book to Paramount Pictures. The young director Coppola was brought on board to direct because of his familiarity with the subject and his academy award winning screenplay for the movie Patton.

The irony is, had the book become more successful prior to the decision to make the film, Coppola probably would not have been hired as the director due to inexperience and Puzo would not have been eager to sell the rights to the novel in July, 1968. [Puzo 2]
The book is written as an epic in dramatic literary style, modeled upon or imitating the style or thought of ancient Greece and Rome. For example the 17th and 18th century novelists were obsessed with classic ideals. An epic is pertaining to a long poetic composition, usually centered upon a hero, in which a series of great achievements or events is narrated in elevated style. In contrast, the film immediately departs from the standard formula of presenting classic characters in a typical grand “Hollywood” manner. Actors such as Al Pacino, John Cazale, James Caan, Diane Keaton and Robert Duval who were cast in most of the leading roles were relatively unknown at that time. With the addition of Hollywood wildcard Marlon Brando, the film was one of the first of its kind to stray from the proven formula of casting big name celebrities to insure box-office success. [A decade under the influence] There is also a similarity between the intended markets of both the book and film. The book is set in New York City. The types of readers who identify with the setting either belong to a similar environment or are attracted to the dramatization which may represent a foreign culture and atmosphere, thereby engaging some type of fantasy. Likewise, the film was shot on location almost entirely in and around New York City. The cast is a reflection of a movie-going public who are less preoccupied with seeing big Hollywood stars in leading roles than they were with being fascinated by talented performers who capture the essence of the book. 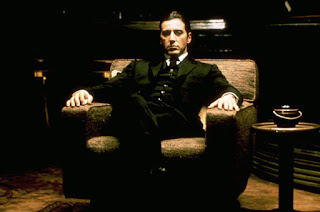 At the time the book was published, the early 1970’s, Americans had been going through a transformation of what was seen as normal in society for almost a decade. No period in recent U.S. history stands in greater contrast to the present, or seems to have held more possibilities for radical transformation, than the sixties. [Echols] The Indochina wars and the struggle for civil rights cast a long shadow over world affairs.  Their legacy for the United States was substantial, interacting in complex ways with internal developments in American society. A feeling of general disillusionment was echoed by the entertainment media. The book’s portrayal of graphic violence, although written in a classic format and context was a departure from previous crime genre novels that dehumanized the characters and ignored the social elements of organized crime. Likewise, the film was brutal in its’ visual imagery of violence and the emotional impact of death and betrayal. Thanks in part to the new filmmaking style of young directors, the film was able to capture and translate both the horror of a violent culture and the importance of values in an ethnic community, regardless of whether it is stereotypical or not. [A decade under the influence] 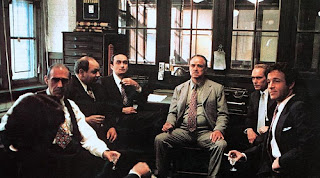 The reasons behind the publication of the book and production of the film were financial, but not completely the same. The book publishers wanted to take advantage of a decline in traditional values held by many ethnic societies in the wake of the drug culture and corrupt political idealism. [Echols] The raw factually based theme of the book would set it apart. Prior novels involving organized crime were based more on an outside view of the culture, depicting main characters as either good or bad guys representing nameless groups motivated by righteousness or evil. [Puzo 2] The film was also financially motivated, but for different reasons. Films that are based on published works of literature are generally regarded as a good investment. In addition, during late 60’s era of filmmaking, the big blockbuster films were a drain on the studio’s resources and often times a box-office disappointment. [A Decade under the influence] A film of this nature however, could be made inexpensively and already had a degree of familiarity with a certain audience because of its connection with the book.

The argument about which of the pop culture giants, the book or the film, is actually better must be completely subjective. In my opinion, readers who enjoy stories told in a traditional manner with an element of ambiguity will prefer the book. Moviegoers who prefer an edgier more raw form of storytelling will prefer the film. I enjoy them both equally but not in the same way. I feel that the novels style is its most interesting quality from a literary point of view whereas the films substance is most interesting to a movie enthusiast. What they share is a consistency of theme; the unknown actors, the ambiguous nature of the main characters, the ethnic symbolism, the classic yet cutting-edge style and the influence on novelists, screenwriters, directors, actors and producers. Both the book and the film had an incredible impact on not only pop culture, but also the way media would be produced and received from that time forward.

Echols, Alice “We Gotta’ Get Out of This Place”: Notes toward a Remapping of the Sixties.

A Decade Under the Influence, The 70’s films that changed everything. Dir. Richard LaGravenese and Ted Demme. DVD. DocuRama, 2003.