2020 is Hindsight: A Collection of Pandemic Observations and Absurdities 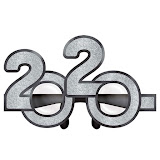 This journal is posted in reverse order, on the dates each post was written. The final entry is the first to appear; the first entry is the last one to be read. Feel free to discuss these journal entries in the comments using your own thoughts in your own words. Don't just post a link with no context. Posting links and memes as response is lazy apologist conformity. If you can't find a way to make your point, then you may not have one. There are books and documentaries listed at the bottom of the post which are available for order. I suggest you expand your mind in order to keep up the debate.

These so-called "variants" are a clear confirmation that this virus, whatever it is, and wherever it came from, is here to stay. By design. I'm sure "world health" organizations will eventually go through the entire Greek alphabet naming different variants, (as if the so-called variants were somehow NOT already named and labelled and stored in a vault somewhere) then after all the greek letters are used, they will start over with another alpha code system. Maybe they will name them like hurricanes. Who knows. We are all victims of this thing, on some level. I wish I could do more to help, but all I can say is if you do your best to live a healthy lifestyle, you should make it through alright.
I don't have the heart or the desire to write about this anymore.
The bad news is, this thing is not going to go away. The good news is, neither am I.
One love.
December 22nd, 2020
In the entire history of allopathic medicine, which utilizes petro-chemical pharmaceuticals to treat disease, there is a known scientific fact that it literally takes YEARS to develop a safe, effective vaccine; of any type - for any purpose. According to every so-called expert and all existing literature on the subject. The Development - to Clinical Trials - to Testing, can sometimes take up to 10 years, but the average nowadays is 4 to 7 years. Yet, we are now being told that a completely safe, effective vaccine has completed development in a matter of months with zero accompanying clinical data and no known published testing or trial results. The world health "authorities" are strongly encouraging everyone to put something into their bodies that hasn't even been tested on animals. And people are lining up to do just that. In droves. I'm not telling anyone what to do. We are all adults. It's only concerning to me because it's not going to stop. Ever. The writing is on the wall. The same way big pharma relentlessly pushes flu shots on the public every year, they will push these viral inoculations on modern society on a semi-annual, or maybe even monthly basis before it's said and done. But I don't think it will ever be "done".
(albeit speculation on my part, this "vaccine" was created and approved so quickly because it probably already existed. If this virus was developed in a lab, [and it looks more and more like it was] then a vaccine would have been created simultaneously, out of the same research. Because that's how biological warfare works.)
July 29th, 2020
I walked in to one of my favorite restaurants and there were people sitting at tables and booths, eating and drinking and laughing and talking. Without masks, of course. So I asked the young hostess what the official procedure was, as I was wearing a mask at that moment (sarcastically) and I had walked in right past people who weren't - sitting only a few feet away. She didn't really know and felt bothered. That is understandable. She's just trying to serve food and make a living. My own essential worker NDA's and permission slips didn't spell it out either, so I went to the department of commerce site.The deal is, you're supposed to wear a mask going in the door, when you get to your table, then take it off and eat, then put it back on when you walk out. That's literally what it says. If your common sense isn't affected yet, here is another one.
I went to another restaurant a day after that, much smaller, and the booths and tables where people eat were intertwined spatially with the people standing up waiting for take out. In other words, I had on a mask standing up on a strip of floor-tape, but then, I sat down 1-foot away from the tape and just took it off, because that's where I would be eating it for dine-in. And the person standing up 2 feet to my right, still had on their mask.
If you can't grasp that level of ridiculousness, then I think you may be motivated by something other than fear. If this thing is so bad that people have to wear a mask, then dining rooms full of non-masked people defeats the purpose. Also, what happened to gloves? No food worker I encountered was wearing them. And they actually touch the food that goes into your body.
In addition, if covid is so deadly, why is it only classified as a bio-hazard level 2 by the CDC, which "involves microorganisms that are responsible for mild infections in humans and are often difficult to contract via aerosolized particles". To give you some scale, Level 4 is supposedly viruses with no cure. Like ebola, etc. [Don't just take my word for it, check the cdc website yourself. covid is listed as BSL-2]
Fear is a strong emotion. It will dominate any level of intelligence if you allow it. I don't care about trump, I don't care about how this whole thing is designed to get rid of cash transactions and brick and mortar retail and I don't care about certain people's inconvenience and privilege. I care about helping people find a natural connection to their best self. My motivation is to lead by example. And keep my head on straight.
May 19th 2020 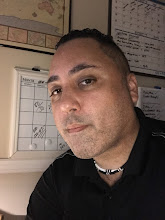 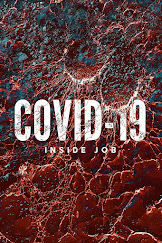 Evidence suggests that the "virus" first appeared in the US and Europe in November, 2019,
almost a full month before China. 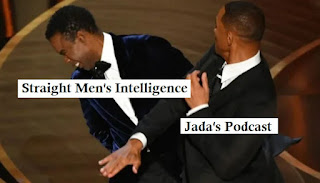