The Story of Film - 1903-1918: The Thrill Becomes Story
(or The Hollywood Dream)
This episode covers the very first movie stars, the close up shot, special effects, the creation of the Hollywood myth, along with a surprise: the women who were the greatest—and best-paid—writers in these early years.
Revisionism - Classic Neo-Noir

TheGodfather: On the Edge of an Era
A revisionist critique of Mario Puzo's book and the resulting film directed by Frank Coppola
Mario Puzo’s best selling novel the Godfather became a stunning success in the wake of America’s renewed fascination with crime drama during the late 1960’s. The popularity of that type of fiction was significant in that era as a means of escaping larger social issues projected in mainstream media, such as civil unrest and political turmoil. The book depicted classic characters in a classic literary style similar to that of pre-WWII literary fiction in that there was a hero, however ambiguous, a clearly defined villain and a set of identifiable circumstances that made the outcome of the story uncertain. (read more) 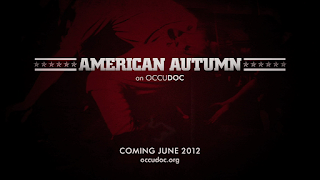 What if there existed a culture and economic system that placed human need above corporate greed? How would we bring that world into being? American Autumn: an “Occudoc” is an invitation for everyone to participate in positive change.

Shot on the front lines and meeting spaces of the Occupy movement in NYC, Boston and Washington DC from the earliest days through the end of January 2012, American Autumn: an Occudoc is an inside looking out view of the occupy movement. With interviews and insight from key organizers, thinkers and activists including Medea Benjamin, David Degraw, Dr. Margaret Flowers, Lee Camp, Naomi Klein, Nathan Schneider, Ashley Sanders, Vlad Teichberg, Sgt. Shamar Thomas, Dr. Cornel West, Kevin Zeese and others, writer/ director Dennis Trainor Jr. weaves commentary through a fearless filmmaking style that often puts the viewer right between police and protesters.


“We now have a film of our own. This is not amateur hour. This is a movie as well made, in technical terms, as any Hollywood blockbuster with Pentagon funding. But this is a movie with us in it. I don't mean our little group of activist friends. I mean us, the people of this country, our stories, our hardships, our triumphs, our injustices, our tragedies and our humor. This is radically different from what you'll see at your local movie theater" remarked David Swanson of MichaelMoore.com

The film includes an original score by Goldi, a member of the OWS music Rebel Group and “Guitarmy”, with additional original music created by Mike Lawrence-Yanicelli. The legendary punk band FUGAZI also supplied additional songs. AJ Russo served as the Associate producer, co-editor, and created all of the graphics; James Russo served as the audio designer.

DVD's will be available on a "pay what you will" basis by the end of July. Digital downloads are available by visiting the vimeo link here http://vimeo.com/44539639 and clicking download. Downloads are for personal use only. The digital download is free, but donations are accepted here. ​​http://www.occudoc.org/#!donate/c1sko

All major world conflicts have been preceded by the same two events: An embargo/sanction(s) - and a fake cataclysm (false flag attack).
//disable right click menu