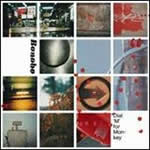 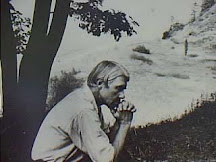 North Carolina claims some of the greatest authors of the 20th century and enjoys a reputation as an inspiring and nurturing home for writers both young and old. The late Poet Carl Sandburg spent the last 22 years of his life in North Carolina and those years were among his most productive. His home in Flat Rock, NC is now a national historic site. As a condition of the designation, Sandburg’s widow made a stipulation that the rooms and furnishings be kept exactly as they were at the time of his death, so that visitors to the home will feel as if the family “just stepped out for a while”.
Two publications, Literary Trails of the North Carolina Mountains and Literary Trails of the North Carolina Piedmont, both written by Georgann Eubanks and published by the N.C. Arts Council in conjunction with UNC Press, describe 18 tours of sites that various North Carolina authors have explored in their fiction, poetry, plays and creative nonfiction.

Abby Martin speaks with NYU media studies professor, Mark Crispin Miller, discussing the addition of 5 books to the Forbidden Bookshelf, a project aimed at making important literature that has gone out of circulation once again available to the public.
Read More and see the Video Here 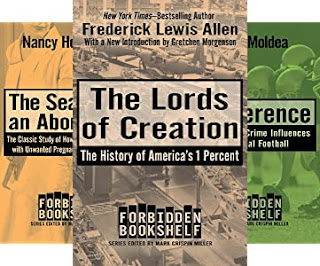 The newest additions to the Forbidden Bookshelf include: 1. DuPont Dynasty: Behind the Nylon Curtain by Gerard Colby 2. Hidden History of the Korean War by I.F. Stone 3. Assassination on Embassy Row by Saul Landau and John Dinges 4. The Assassination of New York by Robert Fitch 5. The Polk Conspiracy by Kati Marton Access the full series here:
https://openroadmedia.com/forbidden-bookshelf